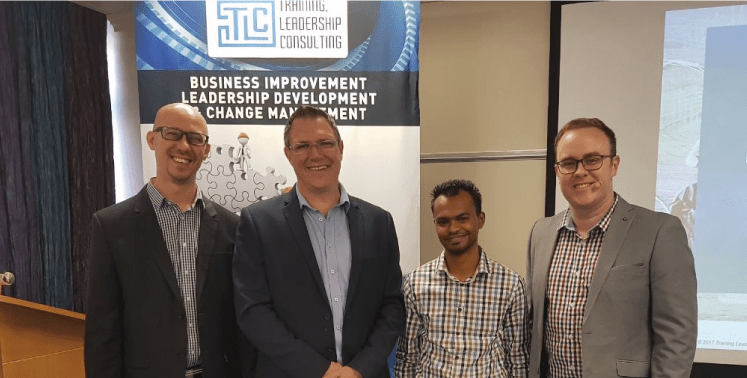 Parliament- The highest office in the land

Upon arriving in the beautiful city of Cape Town, we were treated as honoured guests and given a guided tour of the National Assembly, and other historically significant rooms and buildings. We were amazed and humbled by some of the stories those walls had to tell, instilling a deep sense of pride in our beautiful nation.

Our message to the Communications Department of Parliament began by sharing key insights around the Fourth Industrial Revolution and how it is already impacting organisations and businesses around the globe. We then had great team-building fun through a number of practical activities that teach the fundamentals of innovation, leadership, and purpose-led transformation. In a South African context, where “transformation” has potentially controversial connotations, this concept of purpose-led transformation yielded some great insights. We also led the team through an exercise where they experienced the harmful effects of poor communication, and they were introduced to a term called “Silo-situs”. This describes the classic break-down of communication that occurs all too often between departments within organisations.

Our activities were designed to simulate being part of a highly effective team and what an environment of trust should feel like.  The delegates engaged with these concepts experientially, and so were able to identify with the learning on an emotional level. This type of learning appeals to what scientists refer to as the “limbic brain”, which is responsible for our feelings but also for our decision-making, yet interestingly has no capacity for language.

The day was a complete success, with some of the delegates giving feedback that they felt energised and challenged, and some saying they had never had a learning experience like it before. It was an absolute privilege to engage with the Communications Department of Parliament of South Africa, and was a day for our team to remember.